Imagine this bizarre scenario: A retiring Nova Scotia family physician who, after 18 months of diligent searching, couldn’t find a doctor to take over his practice that included 2,100 patients plus all necessary equipment — the entire package offered FOR FREE.

Yet that’s precisely the situation that faced Dr. Arthur Parsons when, in 2012, at the age of 68, he decided he wanted to hang up his stethoscope after practicing family medicine in Halifax for 43 years. 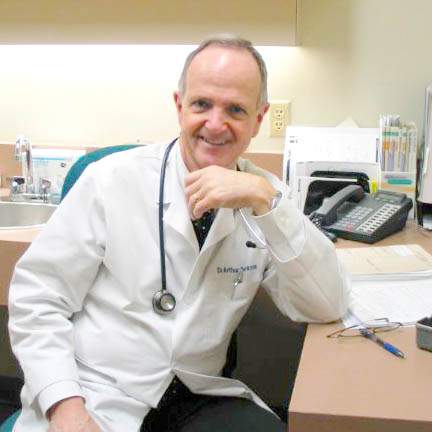 During his year and a half search, Dr. Parsons contacted universities, including doctors he knew at medical schools; advertised with medical associations and a local newspaper; and reached out to “anyone of importance whose names I found at the university websites (mainly Maritime),” he said in an interview with RSRS.

He was even willing to split his practice for a year with the incoming physician or retire earlier than planned if someone took on his patient roster full-time.

Ultimately, Dr. Parsons ended up dispersing most of his patients among a half dozen or so doctors who worked at the family medicine clinic in north-end Halifax that he had helped found in 1986. Other patients, who had moved out of town, found new doctors.

So why couldn’t Dr. Parsons find a single physician willing to take over his practice?

As Parsons sees it, the new generation of doctors seem to prefer a work/life balance that is not possible with the responsibilities of running a large family practice.

Indeed, Parsons never considered selling his practice, opting, instead, to offer it for free, because he felt there would be no takers.

News outlets caught wind of his story. “Most (of the media) thought I was having a problem selling my practice; they were flabbergasted to find I could not give it away.”

On Jan. 23, 2014, Dr. Parsons retired and in December of that year moved with his wife to a condominium in downtown Toronto, where the couple is “loving” big-city life.

“Five years in advance of retirement, think about how you are going to do this. Be flexible. You may find someone who wants to take over your practice one or two years before you plan to retire — if so, jump at it.”

With over 18 years of experience, RSRS has assisted physicians in every province with the closure, sale and overall transition of their practices along with the migration of the patients to new practices.